North America’s relationship with salmon is complicated.
Primarily because it is so beloved—at times even too beloved.

The hardworking, migratory species has been an important source of healthy fuel for the northern portions of the continent for centuries. Once modern era consumer demand began to challenge the natural restrictions of seasonality and resource limitations, new methods for sourcing and producing developed to accommodate—but not without consequence. In an effort to unlearn unstable habits and practices, fisheries and allies of our oceans and waterways have been once again been tasked with asking nature how it wants to provide.

Farmed Vs. Wild- Caught - What is the difference?

Salmon is broken down into many categories and distinctions, starting with farmed versus wild. The most commercially available farmed salmon is Atlantic salmon, while most wild-caught salmon come from the Pacific. This is the result of wild Atlantic salmon populations being severely depleted, while those in the Pacific have managed to survive, and even thrive in certain regions—the primary being Alaska.

What are the different species of salmon?

There aren’t any single species in the wild that are considered most sustainable—it’s just not that simple. The five species of Pacific salmon caught in Alaska are each unique: Chinook, Coho, Pink, Sockeye, and Chum. Which species are considered the most responsible to fish is ever changing based on the exact region in which they are being sourced, and the populations of that given season. This constant flux of information can pose challenges and misunderstandings at the consumer level, creating value for resources like MSC which helps consumers identify what is deemed responsible at that given moment.

While some fisheries of a species can be MSC certified as sustainable, fisheries of that same species in other parts of the world or even in the same country can be depleted, poorly managed, and/or unsustainable,” explains Dan Averill, Senior Fisheries Outreach Manager at MSC USA. “When it comes to wild fish, it’s a misnomer to claim that there is such a thing as a ‘sustainable species.’ 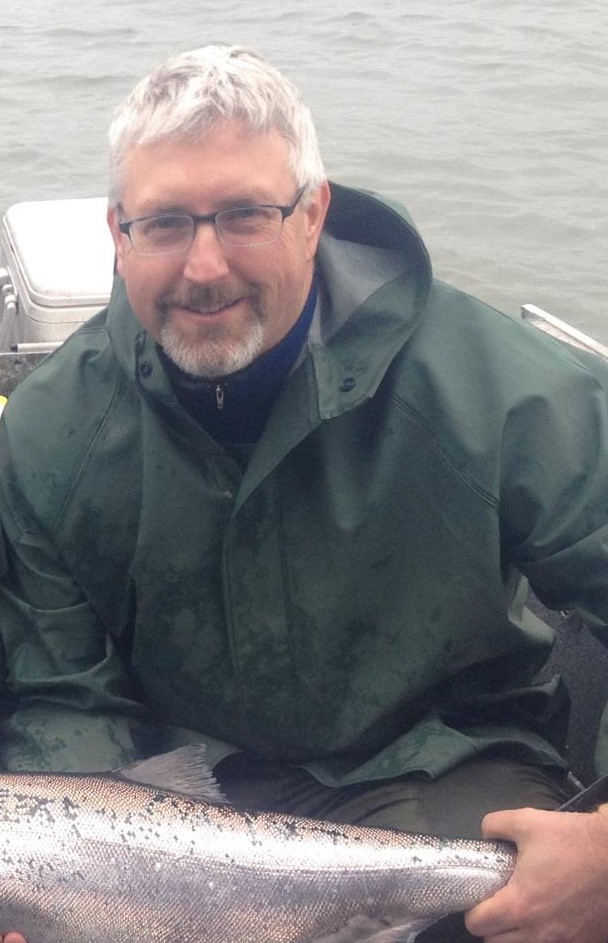 MSC’s Chain of Custody certification makes sure that fish and seafood sold with the blue fish label has come from an MSC-certified source, giving consumers the highest degree of certainty that their fish is certified sustainable.

“The pink salmon that Scout uses is a good choice,” says Averill. “MSC-certified populations of pink salmon in the North Pacific are robust, with large numbers of this species returning to spawn each year, and readily available for commercial harvest to feed consumers.”

Pink salmon, often referred to as humpy salmon, is the smallest and currently the most abundant salmon species in Alaska. Pink salmon’s abundance and small size are a direct result of the species’ short lifespan of just two years. They have a light pink-colored flesh and a relatively mild flavor when compared to their Alaskan counterparts, and get their nickname of “humpy” from the males who develop large humped backs when returning upriver to spawn.

Where Does My Salmon Come From?

Understanding the migratory patterns of salmon is vital for developing sourcing practices. Conscientiously strategizing the impact of sourcing gives fisheries the ability to explore methods for providing sustenance at scale while also maintaining the health of wild salmon populations.

The Alaskan Pink salmon found in Scout products is sourced using gillnet or purse seine gears. The advantage to these methods is that these fishing nets never come in contact with the seabed and have low levels of bycatch, assisting in the protection of the surrounding ecosystems.

Scout’s sourcing partner, Northline Seafoods of Sitka, Alaska, works with fresh-caught Pink salmon directly from MSC-certified regional fishers and then immediately processes the salmon on a floating processor, giving consumers the freshest, highest quality product to the consumer’s home, while supporting responsible fisheries in the region.

The virtues of salmon are fully dependent on both the actions taken at sea and in our homes. The Story of Cooking With Smoke The True Cost of Seafood Hey! Looks like you've changed your theme and now DropInBlog's code needs to be re-added to your theme files.
Follow these instructions to solve this right away. Or hit us up on Messenger if you'd like some help.
Loading